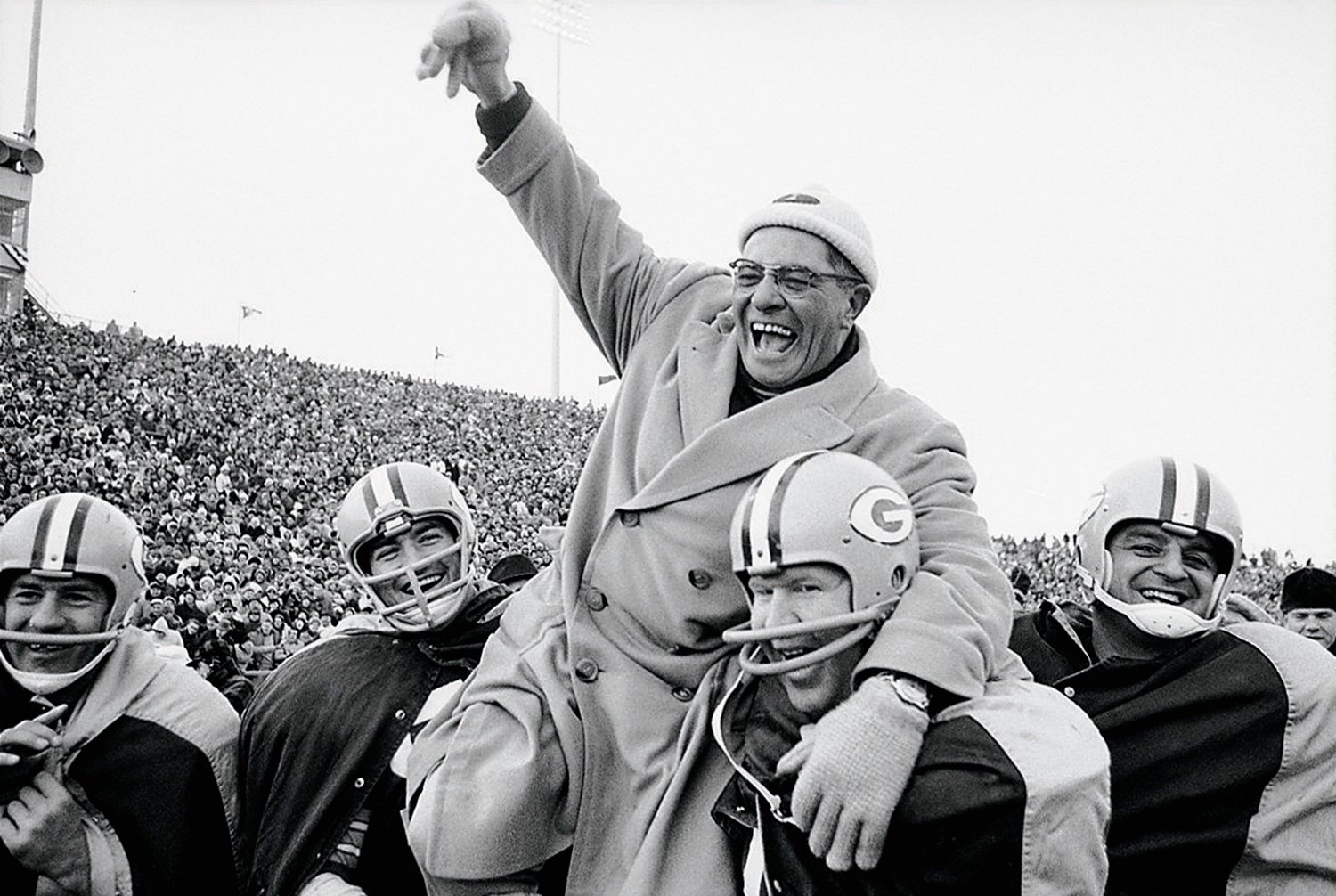 The Will To Win | The Speech That changed The Life Of Tony Robbins.

To jump directly to The Will To Win Speech Click Here.

Tony Robbins is the definition of having The Will To Win.

Humble beginnings with an abusive mother.
Working as a janitor to get by, his life was nothing glamorous.

Most people, in his same circumstances, would say things to themselves like:

“My life is terrible. Why is this happening to me?”

“Why hasn’t God given me more? Haven’t I done enough to deserve a better life?”

“What’s the point in trying? I could never be great at anything. MY LIFE is too hard. You wouldn’t understand.”

He had a goal to change lives. There was no room for compromise. He wiped away all excuses, distractions, and turned from negativity.

Tony embraced positivity. Like the sun revealing it’self behind years of storms and cloudy weather.

Tony understands something many don’t. 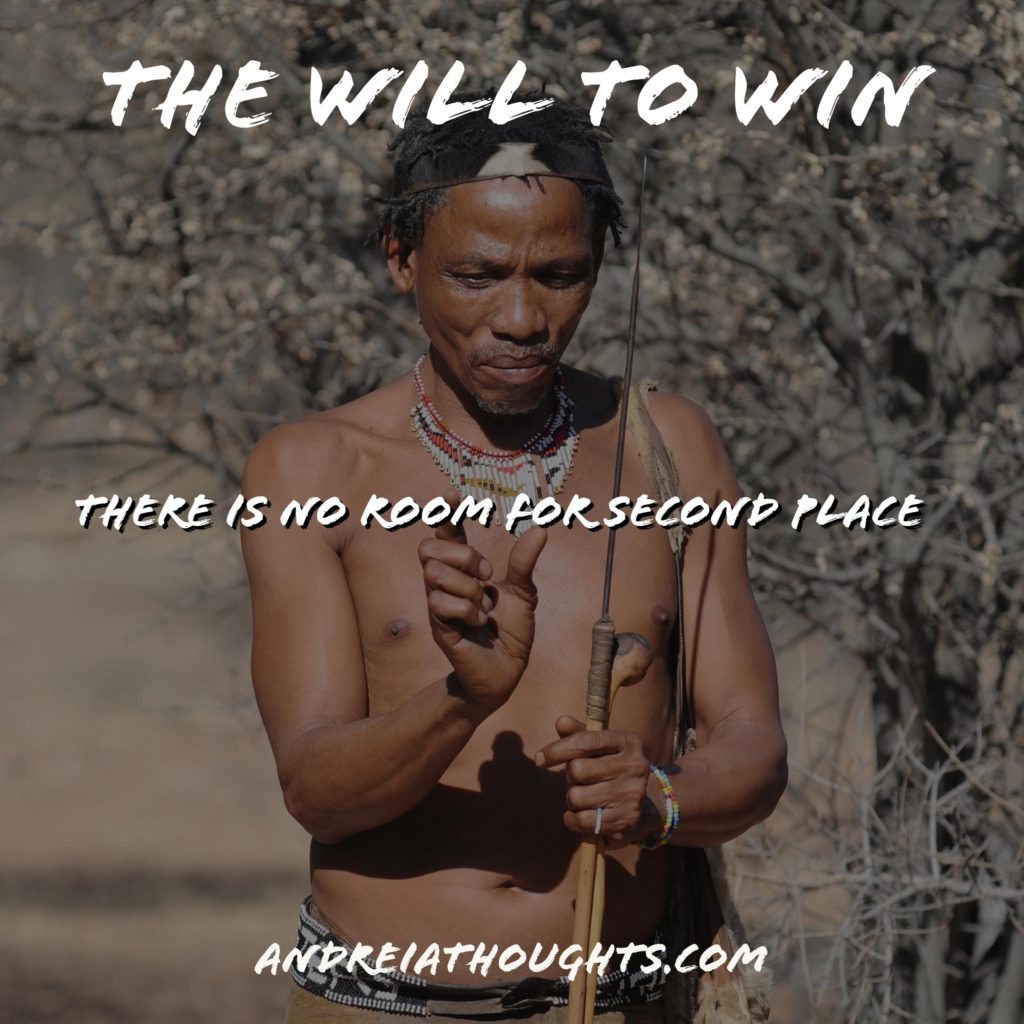 Our ancient ancestors were persistence hunters. They would walk for days, even weeks following an animal until it succumbed to exhaustion.

They knew if they gave up, they wouldn’t eat.

Our Ancestors didn’t give up.

Many others have and have had Tony’s goal of inspiring the world. It could even be you. The difference between Tony, and those who have made it? Tony Robbins refused to quit.

Our ancestors had goals of finding and eating their prey. Tony, had the same goal in mind.

His prey was his destiny.

Most of us give up at the first sign of difficulty. We are pioneers, chasing the greatest version of ourselves. Until pioneering is no longer convenient, glamorous, or easy.

Ask yourself this: When was the last time something easy, ever had an impact on your life?

Tony never gave up. He was never “realistic” with his goals- the reason why he lives a life that seems impossible to so many of us.

The Will To Win Speech Motivated Tony Robbins.

Except he wasn’t motivated by it.

The will to win is within him.

He created a goal, then made it crystal clear in his mind. Tony needed his goal to have as much clarity as possible; no second guessing.

No way to back out. All he needed to do, was follow the map he created. You are the navigator of your own destiny, the wind in the sails. Some of us let that wind die out long ago. So we don’t move.

We stay in jobs we hate.

We stay in toxic relationships.

We’re satisfied with being a doormat for the world.

Others chased goals like Tony’s and gave up. he continued in the face of all adversity like a child who’s dream it is to become a doctor and achieves it.

His desire to achieve what he knew in his mind he deserved superseded pain & suffering.

This Is Tony’s Will To Win.

He would have his way. There was no other choice for him.

Tony gets what Tony wants, or he dies trying.

Have you ever wanted something this bad?

Tony Never Cared About A Reward. 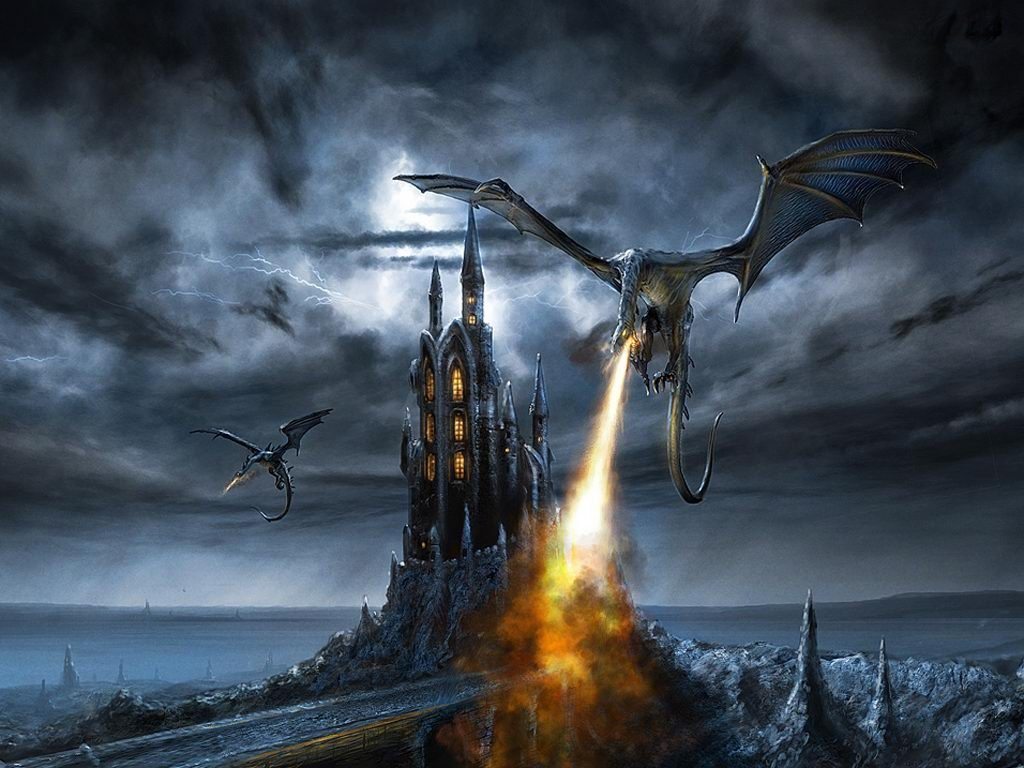 The princess, the reward, didn’t matter to him. What mattered to Tony, was the fight. The challenge of slaying the dragon, building a legacy, greater than any normal man can dream of.

The egregious error that brings us to failure, is not that we set our goals too high. Our mistake is made when we set goals, and thirst for the reward.

This creates a will for a reward. not a will to win.

The difference between the two is like trying to find similarities between the Sun, and Pluto. They are leagues apart.

Tony Tells Us Your Story Is Your Ultimate Tool.

Everything bad that’s ever happened to you is your fault.

This is a good thing. This is beautiful. It means you’re in control of your life, and not a victim of the world and your environment.

Victims stay prisoner to their own self-pity. Winners take their losses as lessons with a mischievous smile. They know they aren’t defeated.

Winners believe losses are lessons, and quitters are losers. Reframe your mind in the same manner, and watch how your world changes.

This means everything good that’s ever happened to you is your fault, too. Proving your destiny is clay ready for you to manipulate.

What will you make?

The Will To Win Will Free You

This mindset gives you control to be who we want, live our lives the way we want.

If you never quit, you’ll never fail. This is the will to win.

To set a goal and chase it. Chase it, like an ancestral hunter. Walking down a mammoth until it collapses from exhaustion.

Navy Seal instructors say the all-American “Navy Seal” recruits almost always fail. It’s the determined who win. Those who have mentally committed to a cause. “I will finish this or I will die.”

If you aren’t willing to make such a grand commitment, you don’t deserve it.

Stop reading, and watch a movie instead. Do something easy, take the day off, have a… me day.

Become a legend. Suffer forward through adversity, fall in love with the fight.

Your will to win.

The Will To Win Speech

There is no room for second place. There is only one place in my game, and
that’s first place. I have finished second twice in my time at Green Bay,
and I don’t ever want to finish second again. There is a second place bowl
game, but it is a game for losers played by losers. It is and always has
been an American zeal to be first in anything we do, and to win, and to win,
and to win.

Every time a football player goes to ply his trade he’s got to play from the
ground up – from the soles of his feet right up to his head. Every inch of
him has to play. Some guys play with their heads. That’s O.K. You’ve got to
be smart to be number one in any business. But more importantly, you’ve got
to play with your heart, with every fiber of your body. If you’re lucky
enough to find a guy with a lot of head and a lot of heart, he’s never going
to come off the field second.

Running a football team is no different than running any other kind of
organization – an army, a political party or a business. The principles are
the same. The object is to win – to beat the other guy. Maybe that sounds
hard or cruel. I don’t think it is.

And in truth, I’ve never known a man worth his salt who in the long run,
deep down in his heart, didn’t appreciate the grind, the discipline. There
is something in good men that really yearns for discipline and the harsh
reality of head to head combat.

I don’t say these things because I believe in the “brute” nature of man or
that men must be brutalized to be combative. I believe in God, and I believe
in human decency. But I firmly believe that any man’s finest hour, the
greatest fulfillment of all that he holds dear, is that moment when he has
worked his heart out in a good cause and lies exhausted on the field of
battle – victorious.

Is The Vince Lombardi Will To Win Speech Correct? 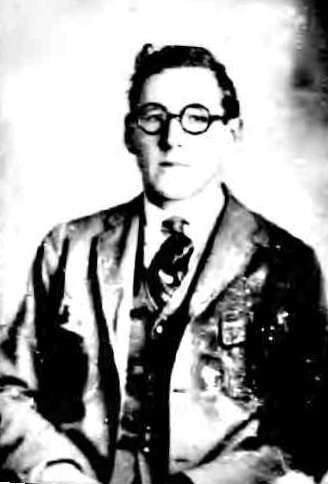 Many have stated that the correct speech is The Will To Win by Berton Braley. You can read that speech here. Some even took it personally, leaving comments accusing of not being a true “Tony Robbins” fan. And even went so far as using guilt as a weapon for spreading misinformation.

To confirm which speech was the correct version, I reached out to Tony Robbin’s team. They confirmed Vince Lombardi wrote the speech. Not Berton Braley.

Below is a link to a screenshot from the Tony Robbin’s team confirming the speech.

Confirmation of the correct speech

How has tony’s work changed your life? Are you, motivated by the will to win? 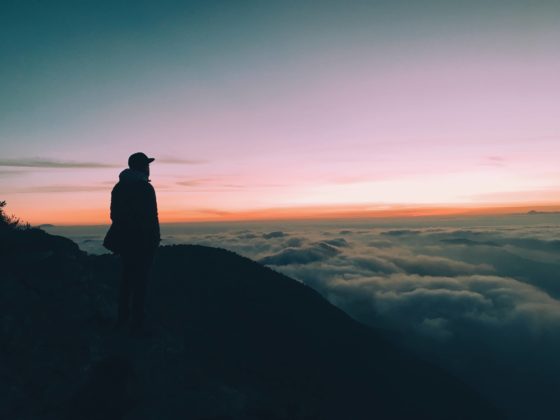 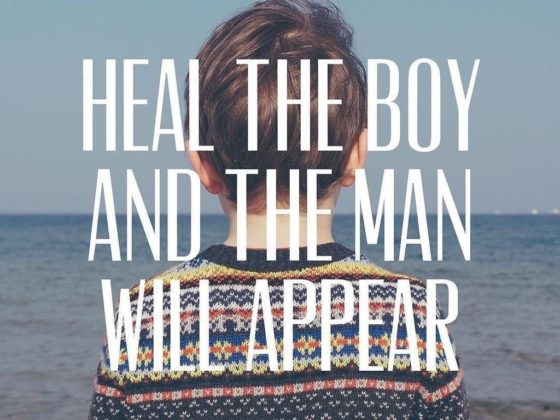 Heal The Boy and The Man Will Appear 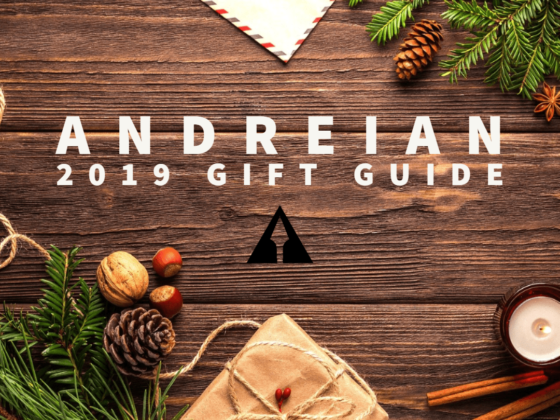 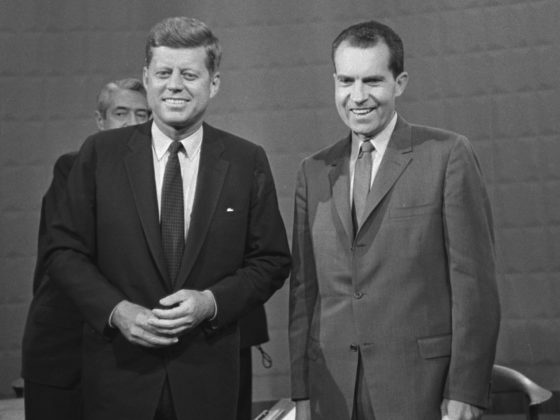 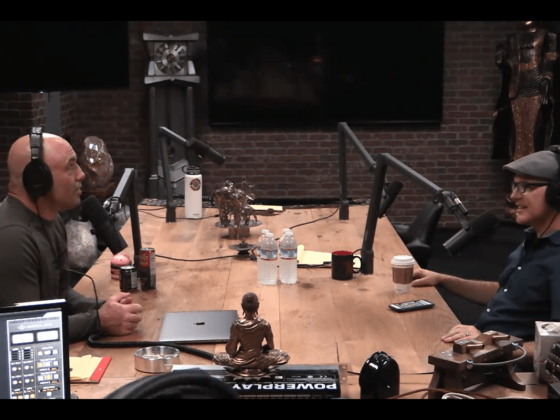 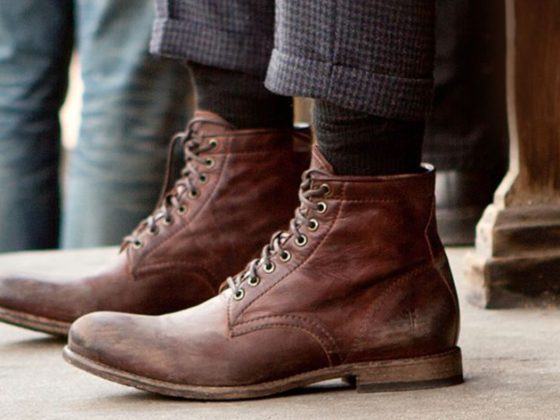 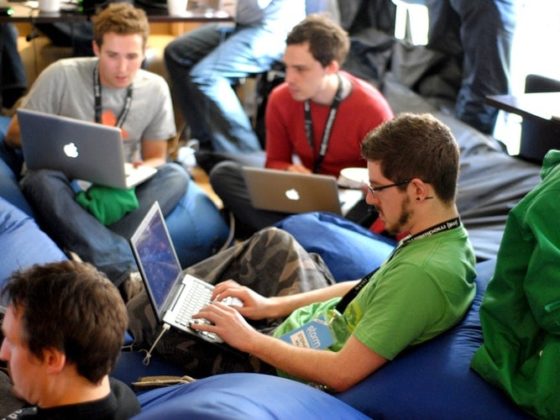 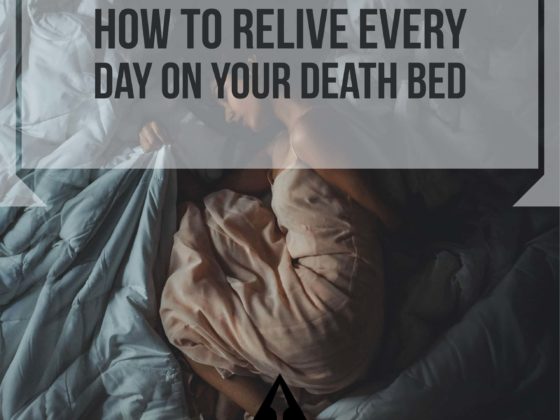 How to Relive every day on your Death Bed 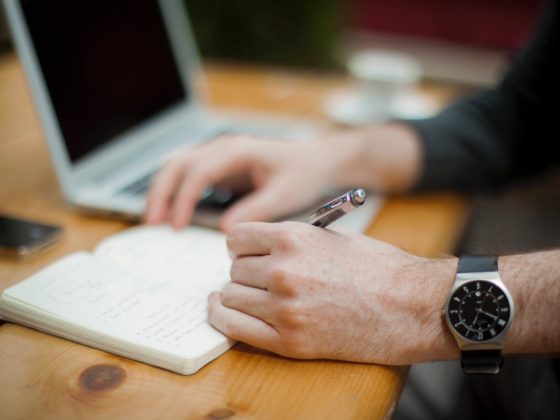