This is a guest post by Regan from refinedmindset.com

Buddhism is one of the most ancient and popular spiritual paths.

Buddhism provides a path to spiritual enlightenment without some of the uncomfortable shackles associated with organized Religion. However, Buddhism denies no belief system and claims no superiority of its own…

Instead, Buddhism invites you to look within for spiritual answers; beyond bias and prejudice.

The primary aim behind Buddhism is to relieve the spiritual aspirant from his or her suffering.

The story goes, that, before enlightenment, Buddha was known as Prince Siddhartha. He belonged to a royal family and was afforded every luxury life could offer.

Additionally, his athletic skills were superior to his peers and his intellect was unmatched among those his age.

Siddhartha had it made. He was the kind of guy that other men wished they were and all women desired.

However, as Prince Siddhartha approached his late twenties, he became restless and wanted to see what was outside the walls of his castle and all of its comforts. Life, even with all of its endless pleasures, was becoming dull to the young genius.

He took multiple trips outside the walls in the coming days. Each trip brought something disturbing to the young Prince’s attention.

As Prince Siddhartha returned to his comfortable life, he grew disturbed by what he had saw. Soon, Siddhartha’s inner disturbance and curiosity came to a boiling point and in the silence of the night–he left his castle vowing never to return unless he found life beyond suffering and death.

After six years of wandering, meditation, and severe asceticism, Buddha is said to have gone beyond death and suffering and entered into Nirvana—a state of joy, ecstasy, and timeless bliss.

However, Buddha didn’t just attain Nirvana for himself; he traced his footsteps back and highlighted the most epochal steps of his journey so that we too, could attain Nirvana.

What Buddha brought back to the world was  four noble truths. If you can understand the four noble truths of the Buddha, you will be well on your way to Nirvana—the land where pain and suffering are replaced for ecstasy and bliss.

The four noble truths of the Buddha

#1. Life Is Suffering Because All Of Life Is Change

“Don’t get selfishly attached to anything, for trying to hold onto it will bring you pain. When you have neither likes nor dislikes, you will be free – The Dhammapada V.211”

The common thread between the disturbances Siddhartha saw on his journey outside the walls was impermanence.

Health, happiness, and pleasure are all subject to time and change—to rise and fall. Death or disease can strike us at any moment and decay tears away at our youth and vigor day by day.

The Buddha also noticed that all things which give rise to pleasure leave pain in their wake. The more one indulges in the present moment, the more they would suffer in the near future.

To overcome suffering, Buddha states that we must transcend the desire for anything subject to change. However, if we follow the path of the Buddha, eventually, we come to realize that nothing on Earth is permanent…All of life is change.

We must find contentment within; the one true constant. To do this, we are recommended to follow the eightfold path of the Dharma (below).

#2. Selfish Desire Is The Root Of Suffering

Buddha’s view that all of life is suffering seems dark. However, in his teachings, Buddha  elaborates: it is not because of life itself that we suffer, but because of the demands we make on life.

How many people do you know that are content with whatever life brings to them?

Likely you, and everyone you know have ideas of a better life. We strive for these ideals and postpone our happiness until we get there. Additionally, any obstacle that sets us back on our path to these ideals causes more resistance, stress, and unhappiness.

When we arrive at our ideals, after much struggling and suffering, we conjure up a new ideal–forgetting our earlier promises to be happy now that we are here, we set off on a new journey and once again delay our arrival.

While we believe we are advancing—and we may very well be on a material level—we are spiritually deteriorating.

Buddha insists that we need nothing to be happy. If we truly wish to be happy, we should only desire to desire less.

Keep in mind this doesn’t need to limit your ambitions. You shouldn’t wait to begin being happy. If you do, you set yourself up for failure, discontent, and greed.

The more selfish your goals are the more they will cause you to suffer. If your ambition is aligned with helping others before yourself, then ambition is a noble trait.

Selfish desire further brings pain because it gives rise to the need for pleasure and gratification.

If we discipline ourselves to avoid pleasure, knowing it eventually gives rise to pain, we can transcend the constant cycle of duality. Instead, we find ourselves rewarded by ever-increasing health, vitality, and joy.

#3. Any Ailment That Can Be Understood Can Be Overcome

Karma states: every thought and action has a predetermined consequence of the same nature.

Good thoughts and actions produce good results. And, evil or negative behaviors will only bring negative and evil results.

We don’t need an eternal judge to reward or punish us but, instead, we are the makers of our happiness or misery.

Negative karma is accumulated from the gratification of selfish desires. Where there is no clinging to desire there can only be positive karma.

Buddha states that if we wish to transcend our suffering, we must burn through the negative karma we have accumulated throughout our life.

However, the Buddha is not shy to say this is a tedious process. We must overcome evil and attain the highest good little by little “as a bucket is filled with water drop by drop”.

Although spiritual, there isn’t much mysticism behind the four noble truths of Buddhism. Instead, The Four Noble Truths boil down to making better choices and slowly destroying bad habits, thoughts, and desires that detract from the highest good.

The ailments you face are a result of little drops accumulated in a bucket over long periods. Once you understand this, you can begin to empty your bucket–Drop by drop.

#4. Suffering is Overcome By Following The Eightfold Path Of The Dharma

The final step of the four noble truths of Buddhism is the most elaborate. It is the eightfold path of Dharma.

The Dharma is considered by the Buddha as “the way” or “the path”.

To follow the Dharma and attain Nirvana, we must train ourselves in the following:

All of life is change. Anything subject to change gives rise to suffering when idolized.

We must transcend selfish desires and discipline the mind with diligence and the utmost resolve.

“Better than ruling this world, better than attaining the realm of the Gods, better than being Lord of all the worlds, is one step taken on the path to Nirvana – The Dhammapada V.178”.

A follower of the Buddha’s highest purpose is to take one step towards Nirvana daily.

This can be accomplished by practicing the other seven steps of the Dharma.

Let only good words come out of your mouth so that they may benefit those who hear. As you treat others well, karma states others will treat you with the same respect.

“Better to live in goodness and wisdom for one day than to lead an ignorant and undisciplined life for 100 years – The Dhammapada V.112”

Harm no living creature; including yourself. The Buddha says it is a human’s duty to help all of life.

The spiritual aspirant’s conduct does not revolve around reward or praise but is governed by an understanding of karma.

Use your talents and skills to help those around you as best as you can. As you contribute to society, you will find purpose and success. Discipline will also become second nature when it is for a noble cause greater than oneself.

“The earnest spiritual aspirant, fearing sloth, advances like a fire, burning all fetters – The Dhammapada V.31”

The spiritual aspirant in search of Nirvana is told to burn laziness in fire.

Every day is an opportunity to make progress towards the goal, even if only minor. To waste a single day in laziness is a grave mistake.

As we seek out righteousness we must keep our eyes on what is good and true.

Do not conform to society’s patterns and short attention spans. Instead, keep your eyes on the prize so you have good reason to keep running the race.

“More than those who hate you, more than all your enemies, an undisciplined mind does greater harm – The Dhammapada V.42”

Lastly, we must train our minds knowing an undisciplined mind is more threatening than the most ferocious army.

The trained mind goes beyond death and suffering and reaches Nirvana to dwell in peace forever.

Meditation is considered the highest spiritual practice in Buddhism—as well as many other spiritual beliefs.

In meditation, one finds discipline, peace, and truth beyond external opinion and bias. If you wish to follow the Dharma to its end destination of Nirvana, you must make meditation a major foundation of your life.

If you wish to transcend suffering and enter into a state of permanent well-being, the four noble truths of buddhism lay in the open for you to experiment with.

Based on my experiences interpreting these truths into my own life, I guarantee that you have far more to gain than lose by following the Dharma.

For anyone wishing to reach the other shore; Buddha is waiting.

Regan is the author of Man’s Guide to Well-Being (currently free) and RefinedMindset.com.

After overcoming a decades worth of anxiety and depression, Regan loves to write about the natural methods that anyone can use to overcome these same issues. His interests include reading, writing, being outdoors, and growing as an individual.

He has also written other posts for the Andreian community such as:

Destructive Words To Eliminate From Your Life

There’s A New Predator In The Kingdom 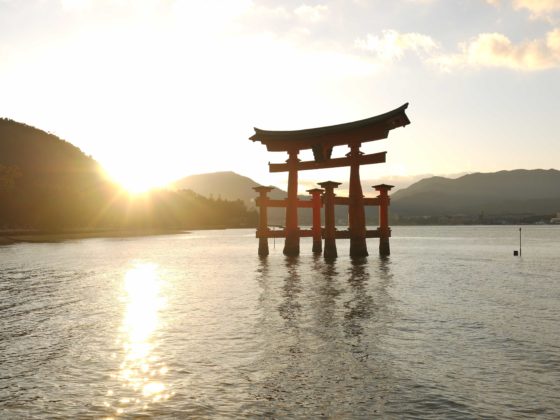 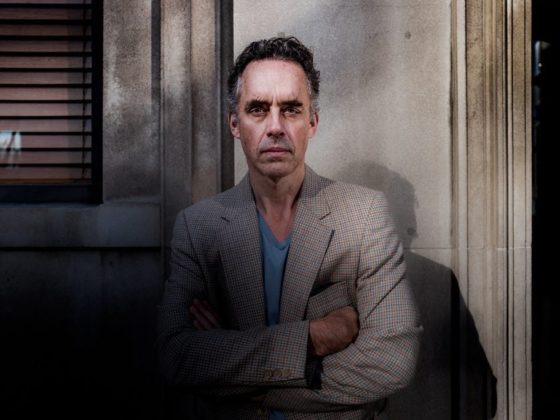