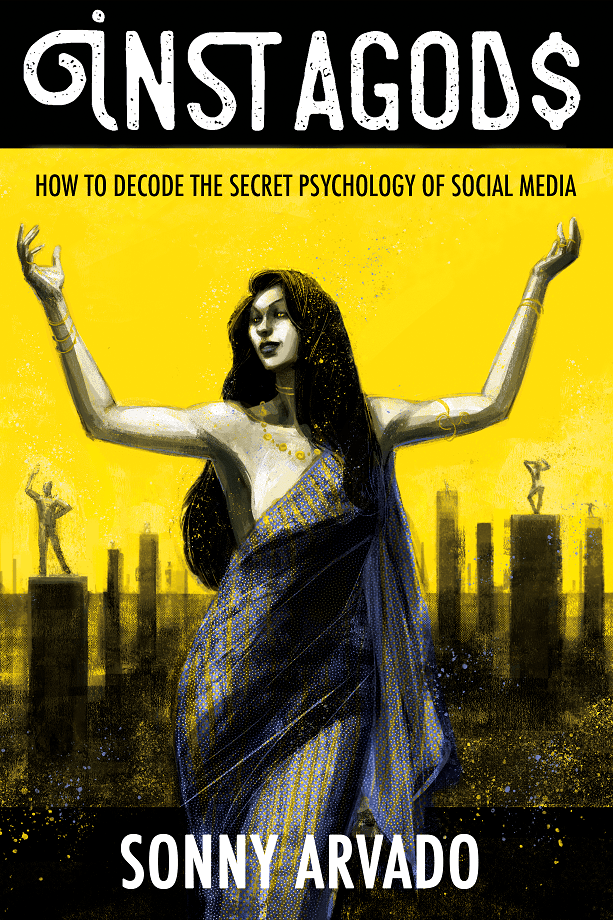 When Sonny first reached out to me to review his book Instagods: How to Decode the Secret Psychology of Social Media, I was ecstatic. I remember Sonny talking about his plan for this book years ago, around the time he was working on his previous project, Of Tyrants and Tellers. He never let the idea go. Instead, he followed through with his project and years later, I finally have my hands on Instagods.

Sonny is an example of a man who makes a commitment and follows through. Rare in 2019, since the technological revolution destroyed attention spans and consistently attempts to pull men away from their lives and into their phones.

Notifications, social media, likes. All of these are attempts to game your mind into spending more time with corporations who sell your data–your interactions, your thoughts, and your input–for marketing purposes against your will and out of your control.

No one was ready for social media.

No one expected you would be on multiple social networks, either. The war was always Facebook or Myspace, until Facebook eventually took over through, rather questionable means.

Instagods: How to Decode the Secret Psychology of Social Media Review

Instagods is a massive book, coming in at over 600 pages, with 47 chapters including an opening forward from Jay Campbell, a man who helped popularized testosterone replacement therapy for men.

So far, I love what I’m reading and Instagods has jumped forward in my reading list to the next non-fiction book I’ll consume. I’ll usually read a fiction, non-fiction, and spiritual book at the same time.

Full transparency, I haven’t finished Instagods. I’ve selected multiple chapters that were my favorite to expand upon.

Instagods is a long, dense read; not something you can complete in an hour, an afternoon, or even a weekend, like 90% of low-grade E-books sold online. Instagods is a bible.

The next three sections of this post detail different chapters of Instagods and why they matter. If you’re unsure whether or not you should get this book, don’t hesitate to pick it up. You won’t find more information packed into one volume about the psychology of social media.

These three chapters stood out to me from my skimmings of the book and I have read every word of each.

Instagods Chapter 9: How Men and Women Use Social Media

Close to the beginning of Chapter nine, Sonny writes:

In the early days of social media, men and women used it purely for this purpose. But since social media is so normalized in the culture at this point, usage of these platforms is an unstated requirement for social acceptance. The dynamic of either being an “insider” or “outsider” has become more pronounced because of the widespread use of social media. So in a sense, both men and women are “forced” to use social media.

I grew up watching social media develop, so I’ve seen the world without social media, even without smartphones. I compare the memories of this phase of my young life with modern life, where social media is a second life you’re expected to maintain online.

The medium of communication where people feel connected is slowly getting the least amount of attention: in-person associations.

What determines your value in the technological age

Now, it doesn’t matter who you are in person. Your value is determined by the number of followers you have, who follows you, and who likes your content.

You can easily make this argument with a few examples, like vacation spots and paid “selfie spots” where tourists will wait in line for hours, or even pay; just to get the opportunity for a few more likes from strangers that mean nothing to them.

It’s sad, really, that corporations have gamified attention so much, they’ve made their platforms addictive, status symbols.

The most popular kid in school isn’t the most skilled, the nicest, or the most intelligent, but whoever spends the most time making their online presence a magnet for the lonely.

Women post more selfies than men, pay amateur photographers for shoots showing themselves just naked enough to not get banned, all for the attention and gratification of knowing someone tapped their photo.

Sonny goes on to describe an observation, stating that men have become feminine, while women are slowly becoming masculinized based on how both sexes express themselves online.

Be easy if you want to please

Women, in particular, no longer care about being seen as easy, but instead want to advertise their bodies, inviting anyone who has an Instagram account to oogle over photoshopped bodies and surgically enhanced buttocks.

Up until about ten years ago, being seen as a slut was a bad thing. A girl who gave it up too easy was low value, and this is a genetic instinct for survival. Because, women who sleep around have a higher chance of getting permanent diseases. That’s why slut-shaming comes so natural. It is natural. The same goes for men, too.

“Also, Here is this quote from Ghandi.”

Sonny calls Chapter 14 of Instagods, one of the most important chapters of the book. The opening paragraphs show this, with the obvious-when-heard but not top-of-mind fact that relationship power dynamics on social media revolve around caring.

Think about it. The guy who gets his first girlfriend posts a photo of her once a week, says he loves her in the second week, then she runs away, suffocating from a feeding tube of attention she didn’t want.

The concept Sonny conveys, is, whoever cares more, loses. This fundamental relationship precept exists beyond romantic relationships and lives as a universal truth for all relationships, no matter their nature.

Think about your relationships: business, romantic, friendship, and others. Do you care more, or does the other party?

If you’re making a business deal, you never want to be the party who needs the other more. Desperation smells like rotting flesh and is less attractive than spending the day with a room full of unvaccinated children.

A desperate relationship feels like grease you can’t wash off your skin. The other is always there; texting, calling, showing up at your place, unwanted, and inescapable.

Sonny goes on to provide advice on how to express yourself on Instagram while maintaining control of the “driver’s seat” as he says while setting up your profile help demonstrate the value you have in real life.

While reading the beginning of Chapter 18, I wasn’t hooked. I don’t believe men should focus on dating or picking up women at all. It isn’t something high-value men do.

High-value men find a path, like Musashi who found swordsmanship, and chase mastery until they die. Women like competent, skilled men who are capable of doing extraordinary things and have a massive influence, like an actor, or a musician.

Chase something other than HER

Women think it’s sexy when a man chases something other than them. It shows they have value. If you chase her, it’s because you are below her level in terms of Sexual Market Value, or you think you think you could lose her.

I didn’t like chapter 18 until I got to the section called, Bridging offline value and online value.

There seems to be a general misguided direction that we all seem to be heading toward with regard to online image, especially as it pertains to dating. In 2017, dating app Happn ran an ad on Facebook that clearly illustrated this point. In the short segment, an attractive young woman ignored a young man who went to talk to her in real life. Shortly after, she matched with him on the app Happn as if she had never seen him before. The purpose of the ad was to relay the message that Happn was the only dating app which gives users a “second chance.” However, there is another message embedded that a lot of people probably missed.

This ad illustrates the daily struggle between online and offline realities that young people especially deal with. They incorrectly emphasize “online image at all costs” versus the reality taking place in front of their faces. As with women and even more so for men, the basis for your online image should be your offline image. Your Instagram account should be regarded as an extension of your identity in real life. Although the current climate of civilization makes it tempting to treat one’s online avatar as this separate identity, from a purely dating improvement standpoint you are going to want to treat it as a supplementary tool. The purpose of this tool is to document this cool, interesting offline life that you have created for yourself.

Thus, in order to truly maximize your dating life, you need to be doing everything within your power to become as high value a man as possible offline.

You need to have value to GET value

A high-value man wouldn’t chase a woman, he is too busy living an amazing life. Traveling, learning martial arts, dressing well, high-value men have a purpose other than getting laid.

Most men are destroyed. They’ve been conditioned to place pussy on the pedestal,above their own lives.

Therefore men have no skills, no purpose, no use, and, are unattractive because of their lack of competency.

Sonny goes on to detail how high-value men interact on Instagram. They show high-value lives because they’ve built these lives for themselves, or they are fakers who will eventually be exposed.

Should you read Instagods: How to Decode the Secrets of Social Media?

If you’re on social media, yes. You should pick up a copy of Instagods.

It is clear that Sonny spent a lot of time researching, writing, and organizing Instagods into a well-formatted guide to help men understand what expressing yourself on social media actually is, while helping guys present their best selves.

He also explains the power dynamics that live on online platforms and how to take advantage of them to help you thrive.

I was not paid for this review, I reviewed Instagods willingly because I enjoy the work that Sonny creates.

Most people who write a book about social media have no citations, no proof, just random anecdotes that usually use phrases like The Best, The Only Way, Everyone, Everything. Instagods is not that book.

You can pick up Instagods here. 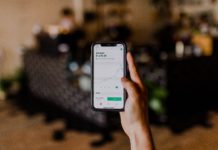 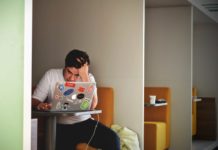 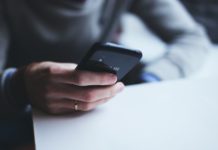 The Reason You Aren’t Where You Want to be – Entertainment...

Meet Youper: An App for your mental health

5 Books That Will Radically Change Your Mind