Filler words to Remove from Your Life

Anxious, depressed, nervous people have minds full of thoughts, worries, and concerns. They can’t string together a sentence without thinking about the sentence. Everything is planned and nothing is natural.

If you use filler words, it means you’re moving too fast. You’re anxious. You don’t pay attention to your breathing.

Filler words can also mean you’re in a depressed, slow state, and you don’t have enough confidence to put a punch behind your words.

People use filler words so that they don’t get interrupted. They want to convince people what they’re saying is true. They use filler words, thinking these words add more flavor to their sentences. More punch. Filler words do the opposite, like adding a home depot bucket-sized amount of salt to a recipe when a pinch will do.

People who use filler words are easily upset with silence. They don’t want to upset anyone or make them uncomfortable. They are people-pleasers who need to be accepted by others to accept themselves.

Once you accept yourself you no longer need acceptance from others. You become a better listener. You use silence in your speech to emphasize your points.

Instead of talking you begin holding court. People listen to you and wait for what you have to say. Each word you speak, delivered with the accuracy of an Orator. 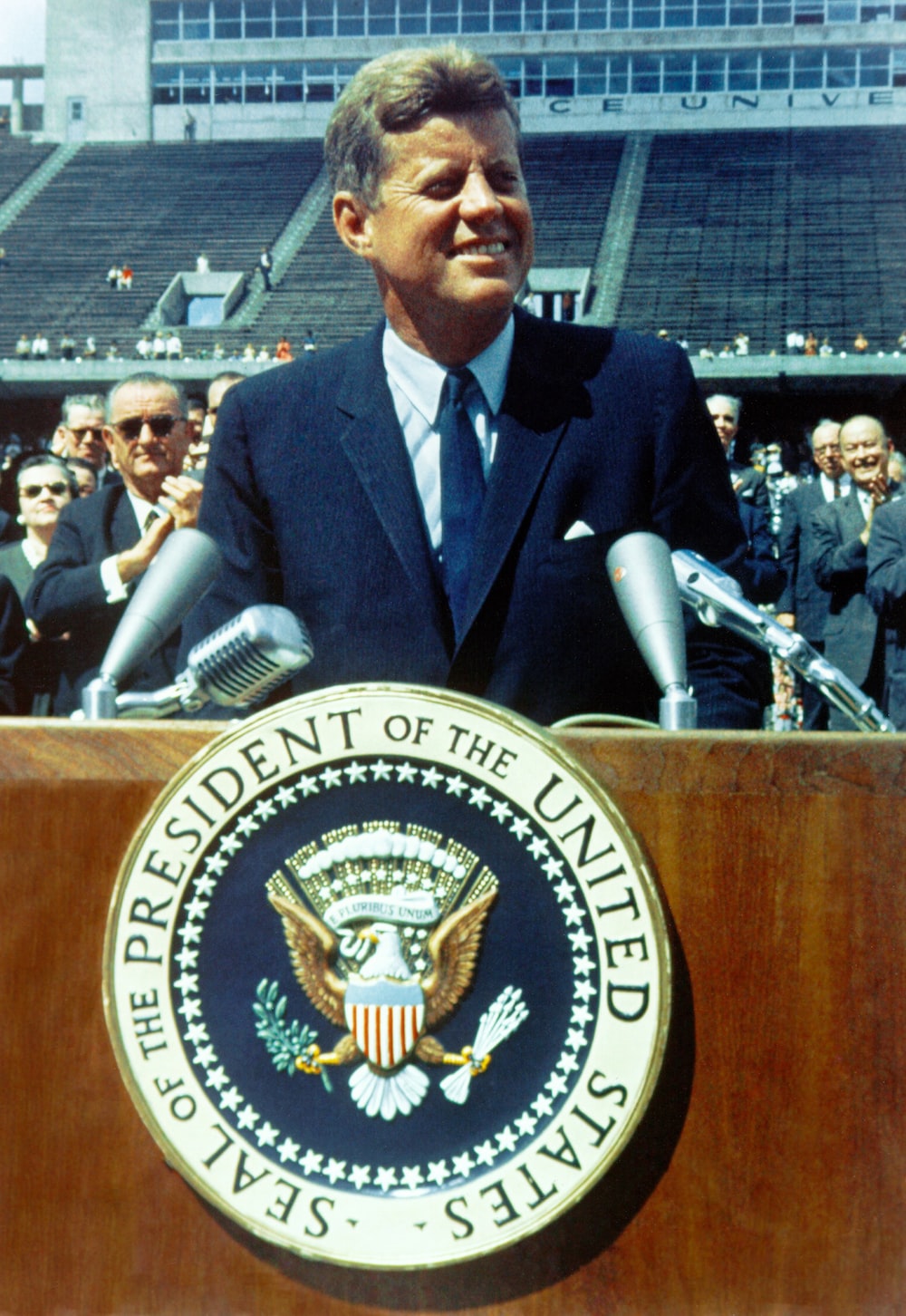 Cutting filler words out of your vocabulary won’t make you confident alone. But it will help.

Musashi–the greatest swordsman who ever lived–said the way is the same in all things. Those weren’t his exact words, but he said something similar.

You must be disciplined to reach greatness. Have no mind; hold a dedicated purity to your mission.

You can’t have fear. You follow it. With an empty mind, you become a perceptive owl; watching, but not drowning, in thought. Your fears tell you who you are meant to be.

You only feel fear when it matters. No one is afraid of things that do not matter.

Cutting these filler words out of your vocabulary won’t change your life on its own. However, you will get more opportunities presented to you with your newfound, confident demeanor.

Cut these filler words to optimize your speech.

12 filler words to remove from your life

Um is a pioneer of filler words. Should have died from dysentery, but instead, Um made it all the way to the end of The Oregon Trail.

Used to hold a place in silence, Um is the classic panic-word for the anxious. Instead of letting in space, Um fills space. You need space to have a balance. We need balance in all things–even our dialogue.

People who use Um talk fast. They’re afraid of being interrupted. Understand if what you say is important you don’t need to talk fast. You need to talk slow so your audience understands your message. 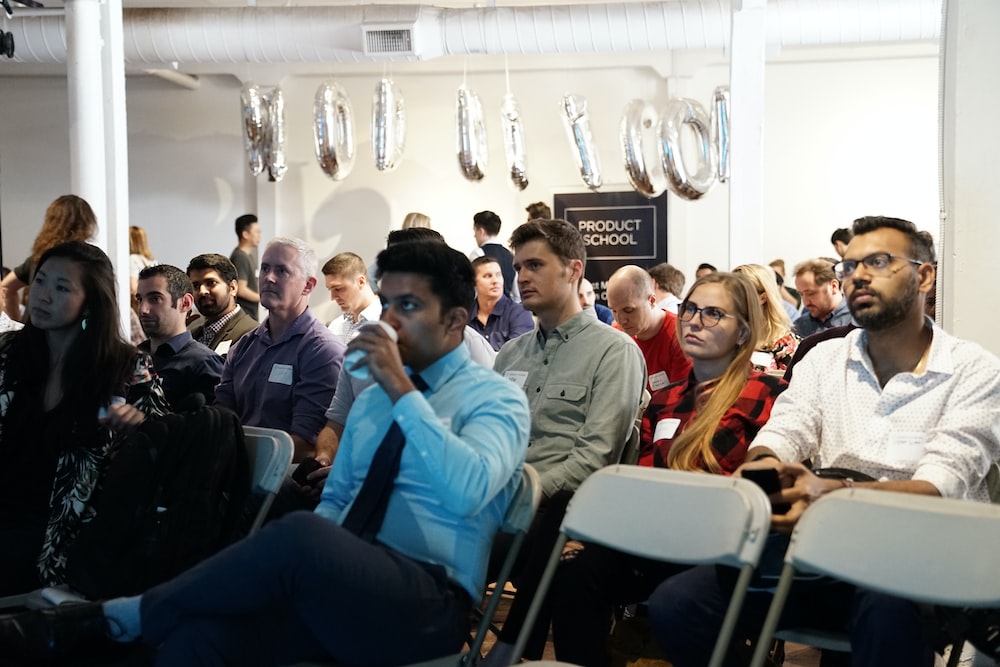 The audience doesn’t care what you have to say if they interrupt your silent pauses.

Observe this and understand they don’t respect you. keep your message to yourself. Make new friends. If you did have something important to say, keep it to yourself. The others will learn a lesson; disregarding what you have to say creates consequences.

“Today I want to give a speech about, um, workplace safety–workplace safety is, um, the most important thing to the company because, um, without safety, um, we wouldn’t be safe and–um, we would get hurt. Ummm–one second looking for my–um, notes.”

Second to Um, Uh is another filler word used to close a silent chasm. Like Um, Uh falls from the mouth of the anxious man who holds himself in little regard.

Understand that meaningful change doesn’t happen quickly. Evolution takes place over hundreds of thousands of years. your transformations won’t happen overnight, but they will happen. Faster if you stay married to your path.

“Our sales numbers… Uh, are down and uh–shit. Let me start over. Uhhhh–where was I? Oh yeah…”

Like is a champion of filler words. Used by the valley-person, people who say Like too much think about what they say while they’re saying it. The pattern creates space to think of what to say next while saying like. The word also created ambiguity.

Speaking ambiguous is a cowardly way to prevent offending someone. Saying Like is a Scapegoat in case what you say bothers the ear of who hears it.

Like is a weak attempt at control. It’s an expectation that others will speak over you unless you maintain a constant sound stream. 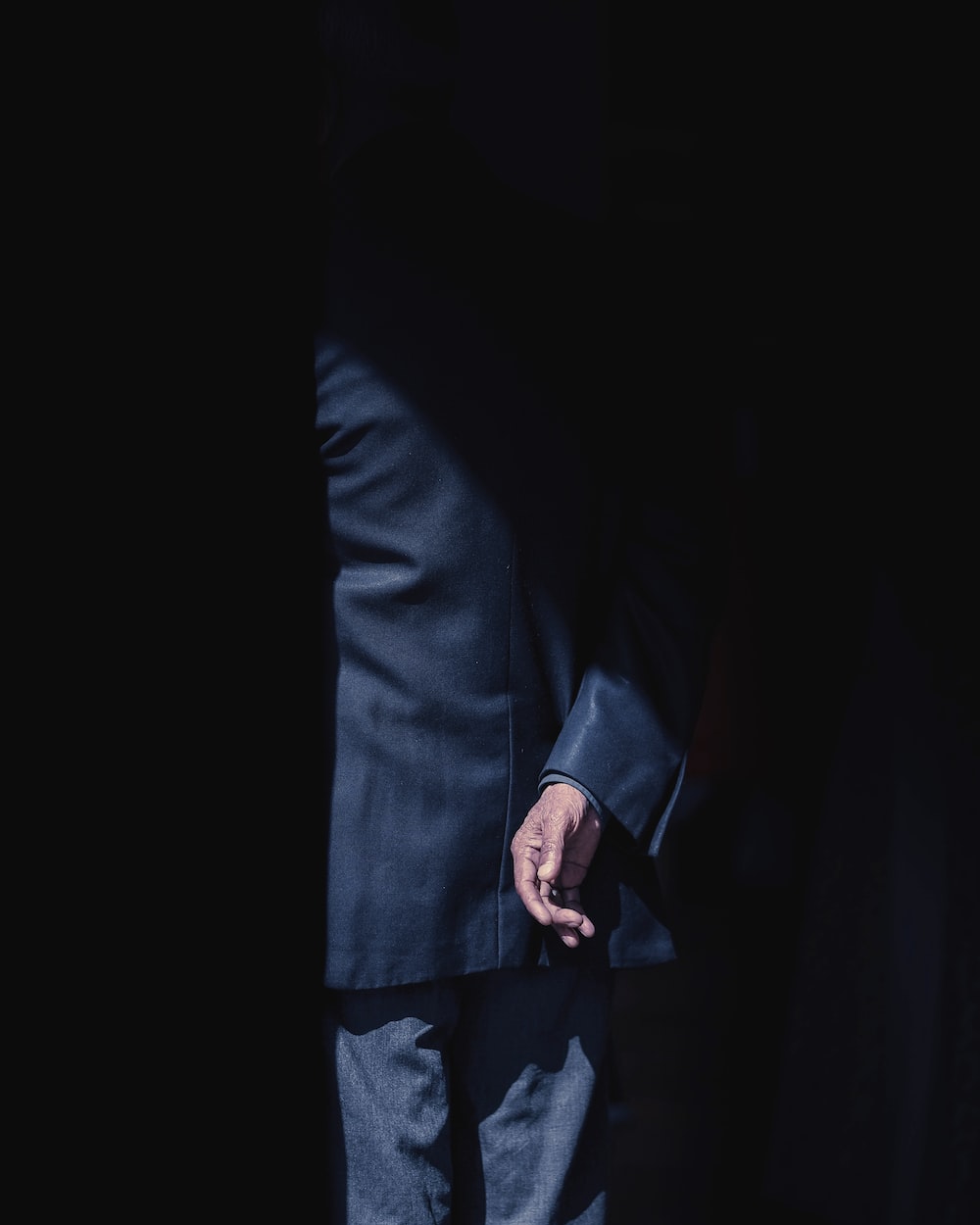 Great individuals are good listeners. They take instead of give because they are sure of themselves. They don’t need to say anything because they have nothing to prove to anyone except themselves.

People who talk too much or too fast need to be liked by others. They reveal personal information, attempting to connect with others. it shows weakness.

You know can have multiple extensions and tones. All start with You Know. The most recognizable is, “You know what I’m saying?”

People use You Know when they don’t believe their own words, aren’t confident in their delivery, or expect their audience doesn’t believe what they are saying either. 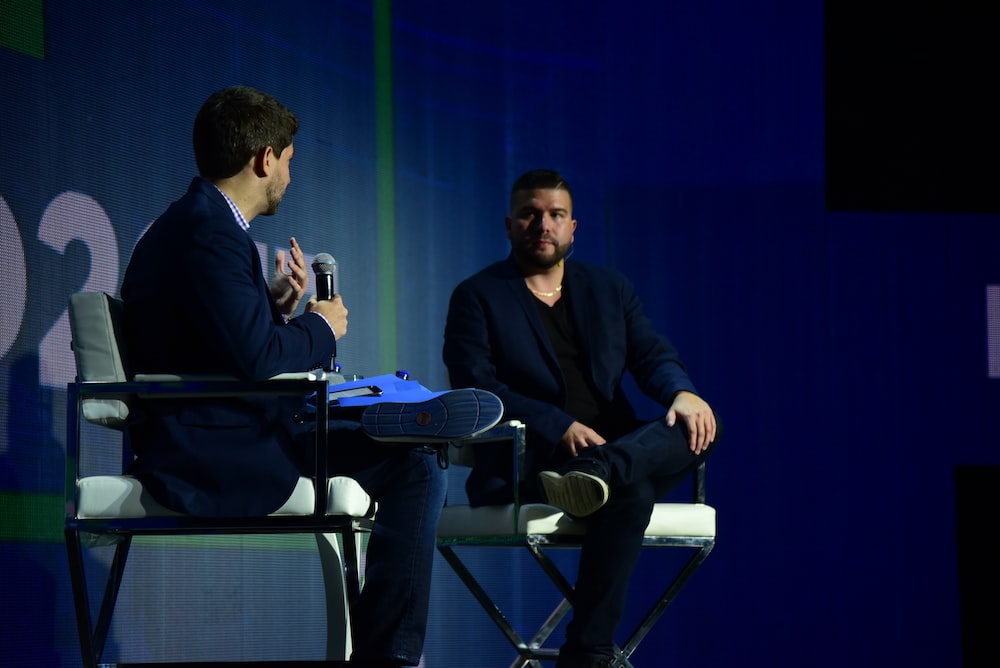 A stupid idea delivered with confidence will go farther than a good idea with a pathetic delivery. People still buy the book, The Secret, for this same reason. A stupid idea with good marketing and delivery.

“You should really help me with my homework, you know?”

“This is how you get abs bro, trust me. You know?”

You know? Means, I don’t believe in what I’m saying. Please agree with me so I can deliver my message a bit easier.

Pay attention to You knows. You are not put on this Earth to agree with others. You are here to make an impact by following your chosen path.

Fuck is the grownup version of Um, like, and other filler words. Fuck is a special word. it can be used to explain almost anything. Fuck can be a description for any scenario. Fuck yes, Fuck no, Fuck…

This filler word not only reduces your vocabulary, but it also makes you appear less intelligent. Even though words are just noises you make with your mouth, some words are decidedly bad. 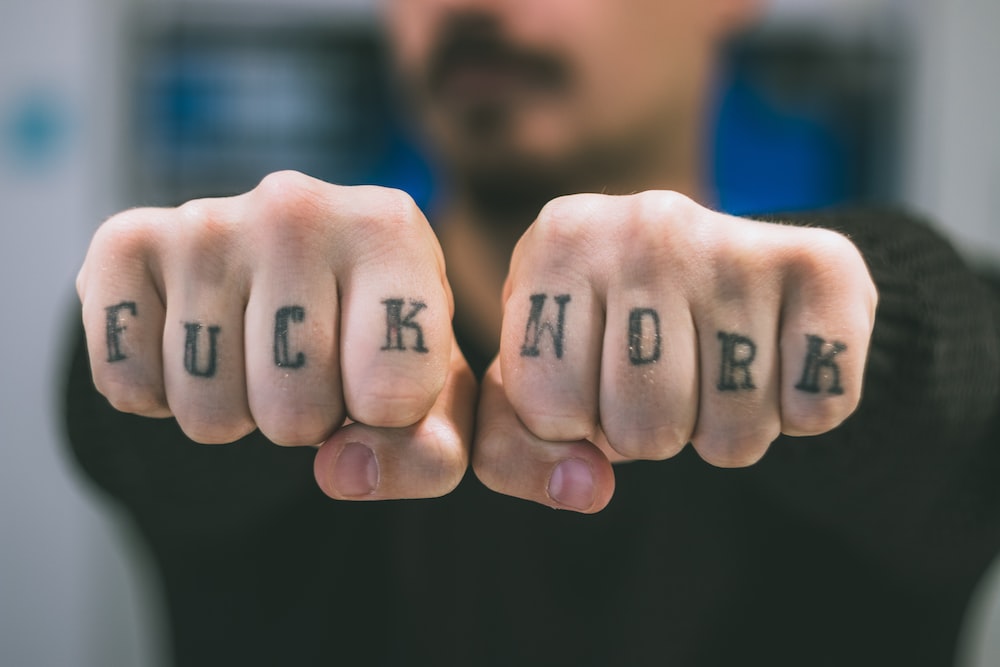 Fuck is the worst of the bad words because it is a crutch for the weak to use to limp through difficult conversations with peers.

“What the fuck! I fucking knew it, you lying, cheating–fuck!”

“I don’t know, it was okay–I went to the fucking store, then, fuck. I fucking forgot what the fuck I was talking about.”

Right is a filler word similar to you know. It’s used for agreeance by people who need acceptance from others. 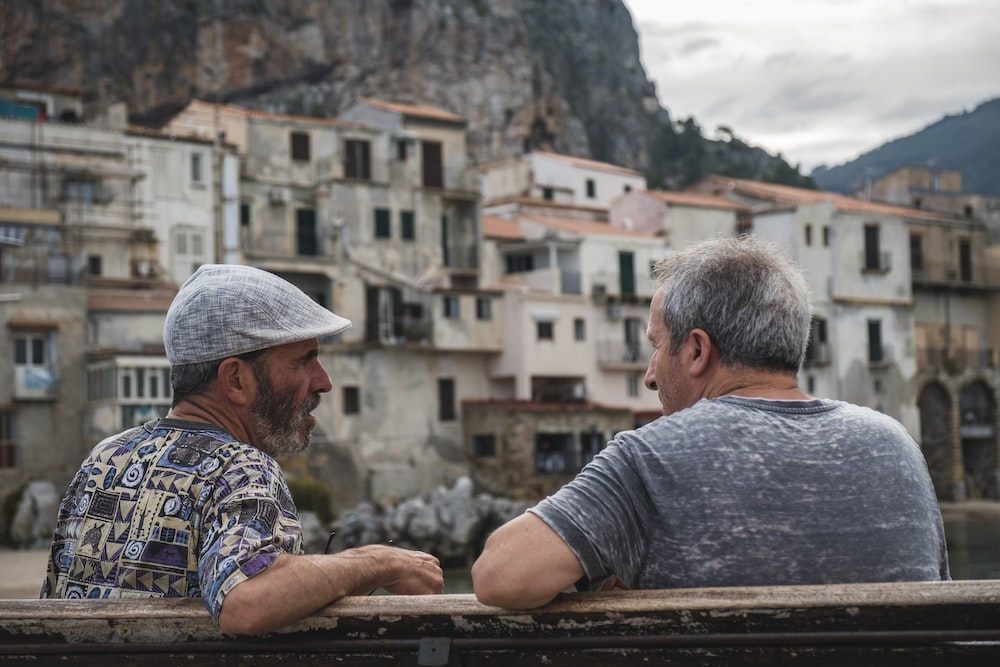 “John is a cool friend, but he can be such a dick sometimes, right? Like, we were hanging out the other day and I swear he didn’t want to buy his round of drinks. Right? And so…”

“Can you cover my shift? I can cover for you sometime. I’ve always offered to do that, right? You remember right?”

yeah is a multi-use filler word. It can manifest as approval-seeking in the same category as Right? and, You Know?

“I went to the store. yeah? Then, I went to the car wash. Right? After that, I had to eat some fast food. There was nothing else around. You know?”

Yeah can be used for filling other people’s silence. Audience members can seek the approval of speakers by filling their silence with words instead of listening and waiting to respond. You hear this amateur mistake on inexperienced podcasts.

Not on the best podcasts for men. 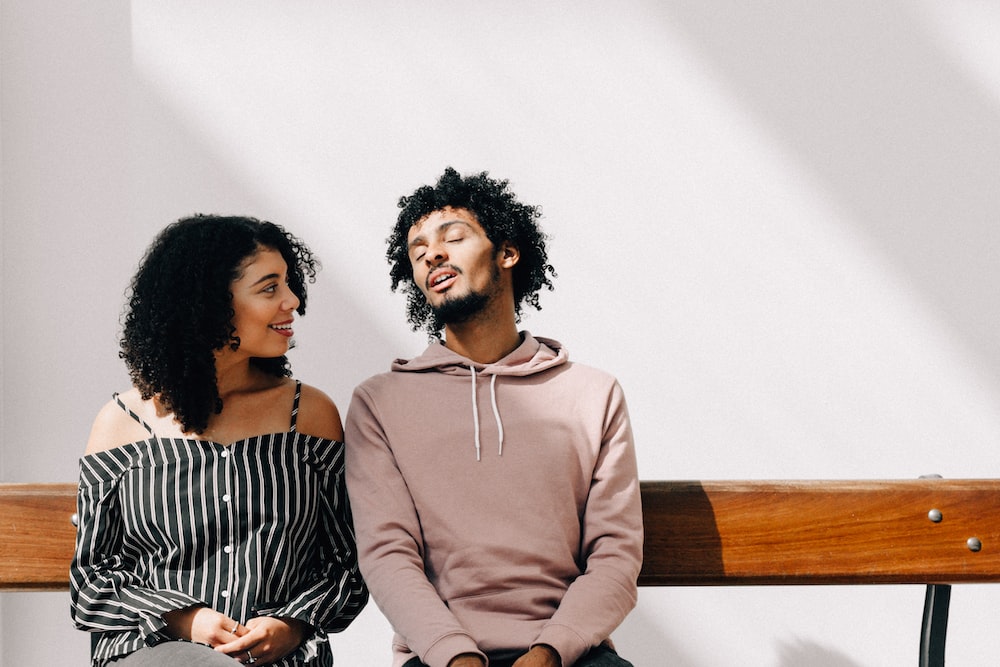 Let the silence sit. Eye contact is all you need to show someone you are listening. You don’t need to fill their silence with yeah, mmhmm, agreed, yes, okay, etc.

Too many people are afraid of silence. Constant stimulation is the norm. Those of us who do not fear silence appear in the image of Gods.

Bill Clinton, regardless of what you think of him, is a skilled listener. People describe their experience meeting Clinton like they were the only person he was paying attention to. Even in a crowded party. Proficient listening like Clinton’s will have others falling in love with you. Lining up to get your approval because you are one of the few who don’t need it.

I mean is used like Like. It’s a scapegoat to fall back on or fall forward upon. If someone disagrees, weak individuals retort with, “I mean, not really.”

“I mean”, pulls the punch on your words. While you believe what you say, you could believe an opposite belief–or pretend to–so you don’t make your audience or conversation partner uncomfortable.

I mean is in a category of filler words used to virtue signal agreeance.

Say what you mean. Don’t say I mean.

You mean it, but you would rather take a bad deal than make the other upset. Because their needs are more important than yours.

Your needs and the needs of your family come first. The needs of strangers come last.

Kind of & like are often used together to create even more of a safe space for conversation.

people who are too agreeable say ‘Kind of’ to prevent uncomfortable disagreements.

You see is an agreeable filler word like ‘You Know.

Most words used to fill silence that begin with ‘You’ attempt to build rapport from a place lacking self-confidence or confidence in the topic discussed.

‘You see’ can also be a passive-aggressive introduction to school someone on why they are wrong. Or, to show intellectual-superiority, believing whomever you are saying this to should know what you are telling them. Or that you stand above them in intelligence.

“You see Bill, on Monday’s we actually fill out our timecards. On-time.”

“Then, you see, the only possible truth for fixing economics is Socialism. There is no other way.”

‘I guess’ is used to placate a speaker with a verbal agreement, without agreeing with what they say. Weaker individuals, or individuals lacking self-confidence use ‘I guess’ to externally agree with stronger individuals while disagreeing internally.

Those who lack self-esteem or care about others more than themselves cannot tolerate conflict. Disagreements are conflicting, albeit at the lowest scale of conflict.

“So you see, the Earth is flat.” “I guess that makes sense.”

“Well Robert, the company has hit a rough patch and we need you to be a team player and support the company. Therefore we need to dock your pay by 20%. Sound good?” “I won’t be able to pay rent anymore. But I guess that’s okay…”

Be concise with your words

Look at presidential debates from the past to see what concise speech is. This debate between John F Kennedy and Richard Nixon is a good example.

Once you learn how to speak your power increases. People take you seriously. You get more responsibility and get more rewards.

4 ways to quiet the thoughts in your mind